Over the past decade, LED lighting has become the preferred option for gas and fuel station owners looking to retrofit and improve their lighting systems. LED lighting is a clear choice over traditional lighting due to its dramatically reduced energy consumption, lower maintenance costs and longer service life. Although LED lighting systems have a significantly higher initial cost than traditional lighting, in the long run they allow station owners to save thousands in annual building operating costs – making them a wise and sound investment.

Flood Lights – These are used to illuminate areas where large numbers of people congregate and high traffic areas such as walkways and walkways.

Wall Packs – These mount on the side of buildings, walls or other vertical surfaces. 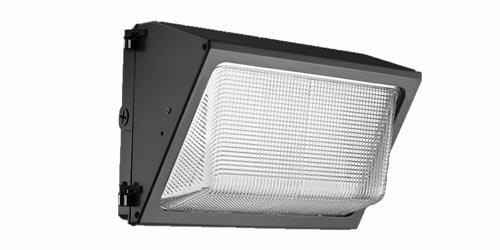 Uses: LED wall packs are wall mounted outdoor fixtures that illuminate specific areas on or around buildings. These fixtures can provide lighting for airport building exits, mandoors, airport entrances and other ground areas requiring illumination for vehicles or pedestrians. 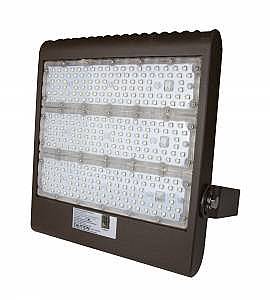 Uses: FLL Flood Lights range from 13,500 lumens up to 40,718 lumens which provide ideal illumination for airport parking lots, roadways and other areas around the complex. 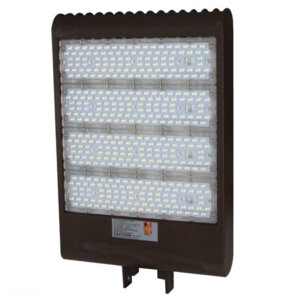 Uses: With 400 watts and over 51,000 lumens, our FLK Flood Lights are designed to provide maximum illumination. These are ideal for projecting illumination from airport towers and other exterior applications which require extra bright lighting.

LED lighting offers many benefits for gas and fuel stations, the first and most obvious of which is reduced energy consumption. On average, LED lighting is 70% more efficient than traditional lighting used in gas stations, which includes HID, fluorescent and mercury vapor lamps. For most station owners this is reason enough to make the switch to LEDs, however there are several other benefits that make them the dominant choice in today’s lighting marketplace.

A second benefit of LED lighting most are not aware of is the dramatically reduced maintenance requirements compared to traditional lighting options. In gas and fuel stations the majority of lighting fixtures are mounted high up (15’ or more), which makes servicing difficult. In order to perform maintenance and repair the bulbs and lighting fixtures, the hiring of a third party maintenance crew with a specialized lift truck is generally required which can add a considerable amount to a station’s total annual lighting expenses. This is where LED lighting outshines traditional lighting, due to its extraordinarily long service life of 100,000 hours (compared to traditional lighting’s average lifespan of 7,500 to 10,000 hours). LEDs also require virtually no maintenance or replacement parts during this time, which equates to years of hassle free usage.

In addition to energy savings and reduced maintenance costs, LED lighting has a far higher quality of light than its traditional counterparts. This higher quality of light not only creates a more pleasant environment, it increases safety for both customers and employees due to its higher illumination accuracy. The quality of light is measured in CRI (Color Rendering Index), which quantifies a light’s accuracy in replicating natural sunlight (which has a CRI of 100). The higher the CRI rating, the more accurately a light illuminates its environment and the less strenuous it is for people to see.

Traditional lighting generally has a maximum CRI of 80 when new, which degrades over time. The CRI of LED lighting is usually 90 or above, which might not seem like a large difference but is a very noticeable improvement when compared side-by-side to traditional lighting. This increase in the CRI of LEDs results in improved visibility which helps to reduce the number of accidents, as well as improved sales due to the better display of products inside the C-store.

The importance of having a more accurate and higher quality of lighting in a gas station and C-store setting is highlighted in a study conducted by Rensselaer Polytechnic Institute.

Talk To An Expert Let our experts help you with your LED lighting needs.
Quick Links
Save Your Energy.   Save Your Money.
Copyright © 2022 Straits® Lighting | All Rights Reserved | Privacy Policy | Terms & Conditions