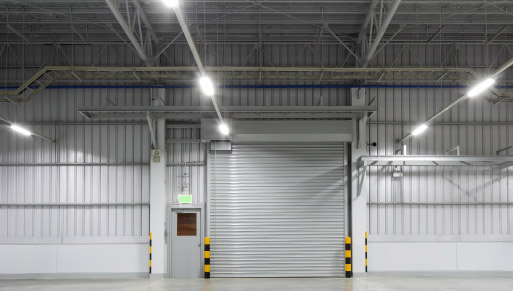 For decades, strip lighting has been the number one choice of those looking for high powered and efficient lighting for workspaces, shops, retail and commercial applications. Traditionally, these fixtures have used fluorescent tubes, requiring frequent replacement and nessicating the use of ballasts containing potentially harmful chemicals. In recent years, LED tube fixtures have become immensely popular as fluorescent strip fixture replacements for users looking to avoid these hassles and improve energy efficiency.

Straits offers several premium commercial quality LED strip fixtures using single-ended T8 size tubes requiring no ballasts. These vary in length and light output depending on the application requirements and come as a fixture only, which allows the user separately to select the specific tube they would like to use. We recommend looking at our premium X-series LED T8 tubes which offer varying wattage, lumen and color temperature options. Our fixtures come with a 5 year warranty and are UL certified.

The efficiency and service life improvements of LEDs used in T8 tube applications cannot be overstated. While their upfront cost is significantly higher than traditional fluorescent tubes and fixtures, the lifetime costs are far lower. LED tubes are on average 30% more efficient than their T8 fluorescent counterparts, which adds up to a considerable annual savings in utility costs. Also, their rated service life of 50,000 hours is nearly double that of fluorescent tubes, which in best case scenarios have an average service life of 30,000 hours. This is detailed in a report by the Scientific World Journal about the Universiti Tenaga Nasional’s campus lighting to LED tube lights.

An additional benefit of LED lighting is the improved quality of the light it produces. Fluorescent lighting has a characteristic “flickering”, which actually is the light switching on and off continuously 120 times per second (120 Hz). Although this flickering is not easily noticeable to the naked eye, it can cause headaches, irritability and other types of discomfort. This inescapable characteristic of fluorescent lighting is not present in LED lighting as it does not rely on switching to operate and stays on continuously.

LEDs also produce a more accurate light than most fluorescent tubes. This is measured via the Color Rendering Index (CRI), which essentially is a scale from 0-100 that measures how accurately a light replicates natural sunlight (which has a CRI of 100). LED tube lights regularly exceed 90 on the CRI scale which is considered very good. While it is possible for expensive high-end fluorescent tubes to have a CRI in this range, generally speaking the average T8 tube is not capable of surpassing a CRI of 80. While it might not sound like a large difference on paper, it is very noticeable when comparing these two types of lighting side-by-side.

Talk To An Expert Let our experts help you with your LED lighting needs.
Quick Links
Save Your Energy.   Save Your Money.
Copyright © 2022 Straits® Lighting | All Rights Reserved | Privacy Policy | Terms & Conditions
1